It's a Scribe's Life

If you’re interested in reading her works about Christianity, race relations, and more, please feel free to send her an email.

Discover Her Inspirational and Self-Discovery Books

Julie Cull, Author has published “Poetry from the Heart: A Pathway to Healing and Deliverance” and “Transformation: 30 Years.” Her inspirational and self-discovery books focus on helping you live your life to the fullest. Julie’s inspirational books also serve as a witness to Christ’s healing power to change people. She believes that books can inspire people and God can change lives.

“Today, I began to think about the similarities between the natural hair journey and becoming a Christian (spiritual journey). No, it wasn’t inspired by a noonday cocktail or two. Gave that up a long time ago, doesn’t work for me. As I’ve heard some people say, “I’m allergic.” That stuff makes me break out in a rash of stupidity. Yes, it surprised me as much as it is probably surprising (or even shocking) you. How can two things/events/happenings be so different yet have a lot in common? Now, if you’re not a natural or have never been a natural at some point in your life, don’t stop reading. Just follow along and try to relate. You may have a co-worker, friend, spouse, or loved one that is, and you can rest in their shoes (or hair) for a few moments.

For most of my life, I’ve been quite fluffy. I’ve been called most names in the book, profane and non-profane. My saving grace was… my hair. I always had a fairly long length of hair and, when relaxed, was of a pretty good texture. As I began to age, that was not the case. The hair became thinner and shorter; I became worried. I had seen co-workers, friends, or even strangers with natural hair, thick and beautiful. Curls, coils, twists, braids would flow down past their shoulders or sit on top of their heads in the cutest of queenly styles. That’s what I wanted. I wanted the curls, coils, twists, braids just like theirs. I asked around, looked on YouTube, and just knew that all I had to do was what they were doing, and I would be set. I stopped the relaxer, got a couple of inches cut off, started to transition, and began to buy numerous products that friends or the YouTube gurus said made their hair long, thick, and luxurious. I waited and waited and waited. Days. Weeks. Years. Why wasn’t I looking like them? Maybe a little, but my hair wasn’t growing like that. What was wrong with me? The I-remember-when-you-had-long-hair crew would see me occasionally and send me into a before-bedtime sniffle every now and again. I kept trying, though, because I knew I was going to look like them. God has a wake-up call for you if you’re open to it. I went to a stylist as a walk-in for a quick wash and go. Behold. She had the most dazzling hair, ever. Her coils were sleek and “juicy.” They bounced every time she walked. She said, “How would you like your hair?” If you’re following me, you know where I’m going with this. I replied, “Just like yours.” She washed; she blow-dried. She conditioned and oiled. She lifted and picked. I kept looking at the mirror, thinking that although quite clean, it looked the same as when I walked in. Wake-up call in 1-2-3. Another hairstylist, may I say of a more direct demeanor, tired of the shenanigans (the waste of time trying to make something happen that wasn’t going to) and went right to it. She looked at me quite matter-of-factly and said, “Your hair is not going to look like hers. She has a straighter, longer curl pattern. And your hair is just not going to look like that.’ Ouch…burn. I felt mixed emotions. Relief, because I was ready to go and tired of being picked and poked. Offense, because she didn’t mess around and she went straight to the point. Hurt, because I had to face a reality that was true.

How does this compare with our spiritual journey? After the “big-chop” or transitioning to a natural hair journey, we want immediate results. Not happening. We want our hair to look like someone’s that we saw or admired. Won’t be the same. We look at the negative instead of focusing on the positive. Destructive behavior. We want to go back to relaxer, because it was better. If so, why did you leave it in the first place? These are the same types of things that occur on a spiritual journey. We want our spiritual journey or walk in Christ to be just like someone else’s. Not happening. We don’t want the process but want to reach spiritual maturity fast, quickly, and in a hurry. Wrong answer. We focus on what’s not going right instead of praising God that we are still going. We consider running back to life before Christ, thinking it was better and maybe not so hard. Yeah, right? If that was the case, we wouldn’t have made the decision to change.

Now, I am thankful for the hair that the Lord has blessed me with. I don’t have to look like someone else. This is my hair, so it looks like me. I found products that my hair likes, and it has grown much more than when I first started out. I see my curl pattern and enjoy taking care of my hair the way it needs me to take care of it. In our spiritual journeys, it is the same. No two persons have the same spiritual journey. Different people. Different processes. Different purposes. But the end result should be the same, finding your personal relationship that leads to growth.” 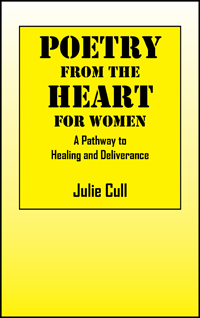 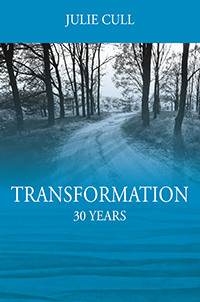 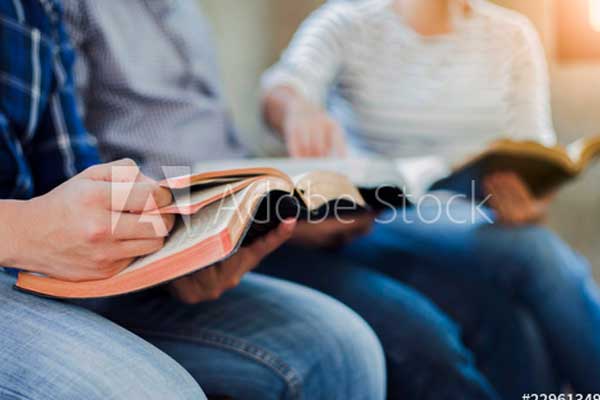 The Christian books of Julie Cull, Author will help you realize the importance of God in our lives. If you’re interested in reading her works about Christianity, race relations, and more, please feel free to send her an email. She’ll gladly discuss with you how you can purchase her books.